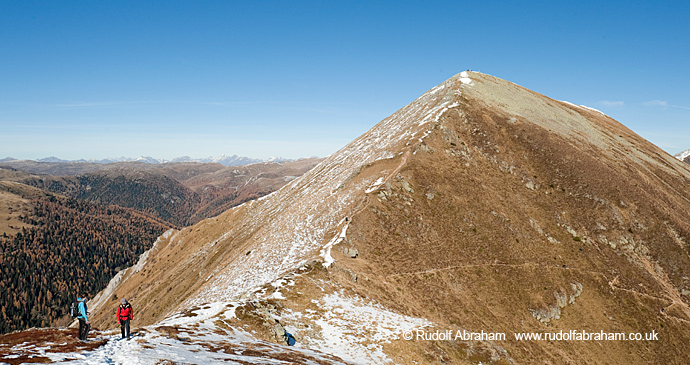 In terms of mountain scenery, nothing on the route touches the Nockberge mountains.

In terms of mountain scenery and hiking terrain, nothing on the route touches these mountains in Austria. The Nockberge or ‘Nock Mountains’, which form part of the Gurktal Alps and include the Nockberge National Park (a UNESCO Biosphere Reserve, the border of which lies slightly further to the NE on the far side of the valley of the Nöringback), owe their appearance to the presence of a band of dolomite rock, which has been more heavily eroded than the surrounding, more angular ranges. Stages 12–13 and 14–15 are centred on this range, and offer some of the best days on the AAT, taking in remote tarns and several high peaks and affording spectacular views over the Millstätter See.