The steep slopes, calcareous marl soil and the meeting between Mediterranean and alpine climates make this Slovenia’s foremost wine-producing area.

Wine has been produced in the Brda region since at least as early as the Roman period, and today the Brda region has some 2,000ha of vineyards; the steep slopes, calcareous marl soil and the meeting between Mediterranean and alpine climates all contributing to make this Slovenia’s foremost wine-producing area. 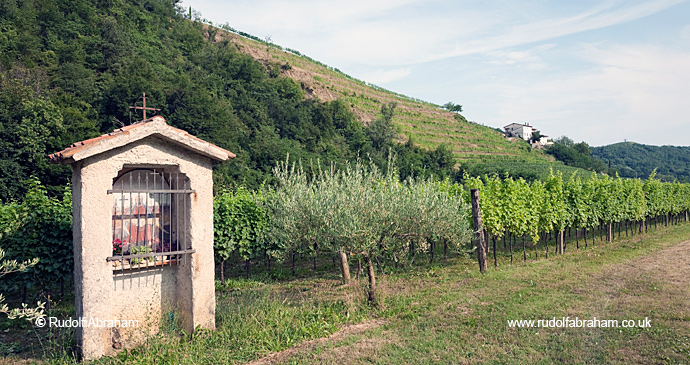 There are plenty of places to try local Brda wines on the AAT, including the historic cellars of Dobrovo Castle, the village of Medana, and the wonderfully situated terrace of the excellent Hotel San Martin in Šmartno.