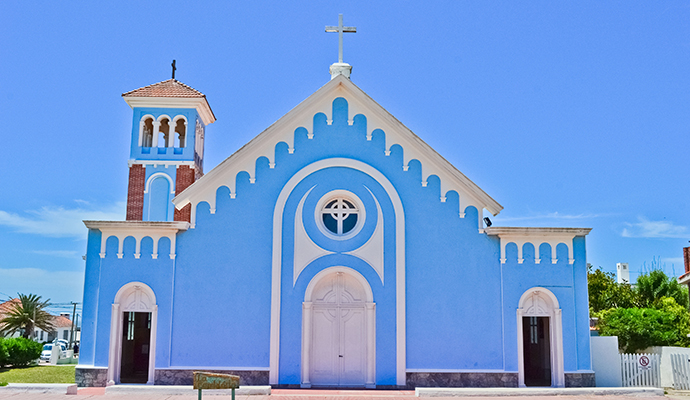 It won the first soccer World Cup, there are places called Fray Bentos and 33, and there are a lot more cattle than people. Throw in marijuana legalisation and a famously idiosyncratic president, and you’ve got all most people know of Uruguay. Perhaps others may have seen a film about the sinking of the Graf Spee.

However, it has far more to offer the visitor, from the finest beaches and resorts in the region to traditional estancias (ranches) where you can ride with the gauchos towards the endless horizons, wetlands and lagoons with a fantastic array of birdlife and, in Montevideo, a capital that is fascinating yet laid-back, with a totally different vibe from Buenos Aires, just across the water.

Known in full as the República Oriental del Uruguay (the Oriental Republic of Uruguay), the country takes its name from the River Uruguay, which probably derives from the Guaraní for ‘River of Birds’.

Interestingly, Uruguay has a similar relationship to Argentina (and Brazil too) as Canada has to the USA, Ireland to the UK or Belgium to France – a permanent sense of being overshadowed by a larger, louder neighbour, while feeling deep inside that they are in fact the smarter, wittier, more creative ones. Indeed, the Uruguayan people are less party-loving than their neighbours in Argentina and Brazil, but more reliable and genuine, with a deep and innate sense of hospitality that delights all who take the time to get to know them. Having said that, come high summer resorts such as Punta del Este are packed with Argentines who ensure non-stop partying for a couple of months at least. And let’s not forget the world’s longest carnaval season, mainly in Montevideo but in other towns too, when Uruguayans show that they really can let their hair down.

Known in full as the República Oriental del Uruguay (the Eastern Republic of Uruguay), the country takes its name from the River Uruguay, which probably derives from the Guaraní for ‘River of Birds’. The term ‘Oriental’ comes from ‘Banda Oriental’ (Eastern Shore), the name of the Spanish colonial province that eventually achieved independence from Argentina, its neighbour on the western shore of the Río Uruguay. It is not, as some might think, due to a mistaken notion among early explorers that Uruguay was in the Orient, close to China, Japan or India. Uruguay continues to be an independent country, culturally distinct from its neighbours, and it is well worth proper exploration rather than a flying visit or a week spent solely on the – admittedly superb – beaches.

I knew before coming to Uruguay that its name meant ‘River of Birds’, but I had no idea how apt a name this was – except that maybe it should be ‘Country of Birds’. I knew that there was a lot of empty pampas in Uruguay, inhabited by plenty of cattle and not many people, but I had no idea what this would mean in terms of wildlife, or that there were extensive wetlands along the Río Uruguay (the country’s western border) and that the Atlantic coast is home to an amazing variety of birds.

I also found that the empty countryside, and the small towns hidden in it, had its own very special charm, due to the sense of space in the land and the sense of ‘time to spare’ in the people – nothing is rushed. Even the capital, Montevideo, is laid-back; in fact, many people pop over to rest between wild weekends in Buenos Aires, the Argentine capital.