Climb the iconic Voltzberg, home to the spectacular Guianan cock-of-the-rock, in this vast and remote reserve cut across by the Coppename River. 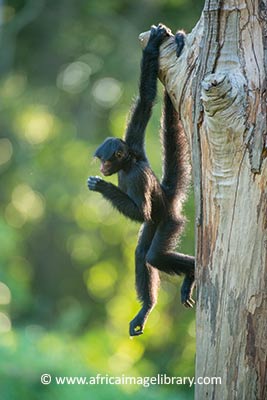 Suriname’s most important conservation area, the CSNR accounts for almost 10% of the country’s surface, extending over 16,000km2 of untrammelled lowland and montane forest. It was created in 1998 following the amalgamation of three smaller nature reserves designated in the 1960s (namely the 780km2 Raleigh Falls, 2,200km2 Eilerts de Haan Mountains and 1,400km2 Tafelberg Nature Reserve) with the vast corridor of forest that links them. Declared a UNESCO World Heritage Site in 1990, the CSNR is not only the largest reserve in Suriname but also the fi ft h-largest terrestrial protected area anywhere in South America. Th e CSNR incorporates Suriname’s tallest mountain, the 1,280m Juliana Top in the Wilhelmina Range, along with the 1,026m Tafelberg (‘Table Mountain’) and many smaller granite domes of which the best known and most accessible is the 245m Voltzberg. It is bisected by the Coppename River, which forms part of the western boundary and is also the usual access point for tourists. It also incorporates important headwaters of the Suriname, Saramacca, Kabalebo and Corantijn rivers. Th e reserve is an important stronghold for large mammals such as jaguar, puma, ocelot, tapir, giant river otter, and it harbours all eight primate species recorded in Suriname.