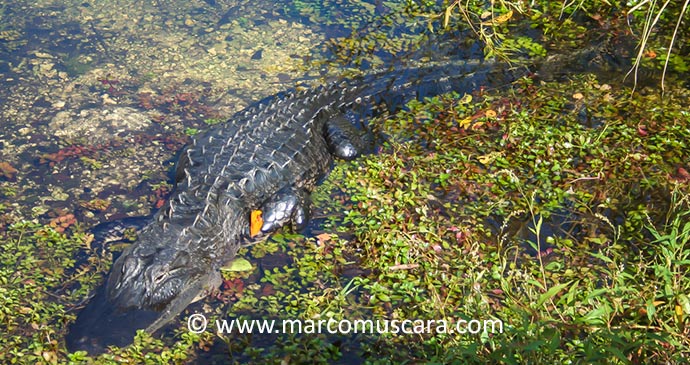 The Pantanal has the largest faunal concentration in the Americas, and has been estimated to contain 650 species of birds, 260 of fish, 160 of reptiles, 80 of mammals and 6,000 of insects, not to mention 1,800 species of plants.

More than 60 million years ago, the centre of South America was a sea. This explains why there are still expanses of salt lakes in the Chaco. Movements of the earth’s surface led to the formation of the Andes, and the north–south depression to the east of that range is the Pantanal. It is the flat land around the Río Paraguay, of which 70–80% floods in the rainy season, from December on, raising the water level by some 5m. This makes it become enormously fertile territory for flora and fauna, but very inhospitable for human beings. The average temperature is 32°C in summer and 21°C in winter.

In the time of the Jesuit missions the Pantanal was called simply La Laguna. The Pantanal is principally associated with Brazil, but in fact 5% of this territory is in Paraguay. The Pantanal is considered one of the most important and beautiful ecological sanctuaries of the planet. The tall karanda’ý palm with its fan-like leaves abounds, and the karaguatá is a low-growing bromelid with bright-red, thorned leaves and white flowers. The pink ipés blossoms on trees, the aguapé (Spanish camalote) fills the waters with a green carpet and keeps the waters fresh, and the huge 30cm wide flowers of the Victoria Regia open at night. There are water hyacinths, water lilies and water lettuces.

The Pantanal has the largest faunal concentration in the Americas, and has been estimated to contain 650 species of birds, 260 of fish, 160 of reptiles, 80 of mammals and 6,000 of insects, not to mention 1,800 species of plants. Emblematic of this paradise of flora and fauna is the jabiru stork, which has a black head and neck and a red collar, and a wingspan of 2m. It feeds richly on the fish, frogs and insects left behind by the floods. The marsh deer has long, wide hooves with a membrane between its toes, so it can run on the swampy ground. There are caimans, lizards and iguanas, tapirs, wild pigs (or peccaries), coati, the paca rodent, eight species of armadillo, and all five species of Paraguayan monkey. The handsome and dangerous jaguars are the most striking of all the animals. The bird life is spectacular, with herons, ducks, cormorants, scarlet ibis, spoonbills and toucans, and there is the world’s largest population of blue hyacinth macaws.

The early hours of the morning and the last hours of daylight are when there is most activity from the birds. The density of human population in the Pantanal is only 0.14 per km²; the population includes a small number of Chamakoko indigenous (also known here as the Ishir). For a detailed guide to the fauna and flora of the Pantanal, see Bradt’s Pantanal Wildlife.