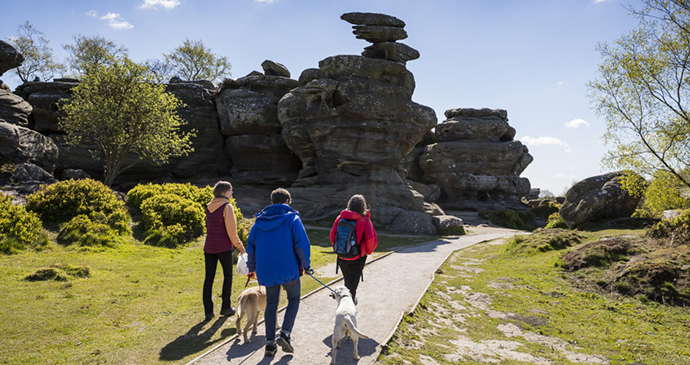 It’s an area that becomes increasingly rugged and remote the further back along the valley you go. It pulls you like a magnet, drawing you further into its midst, tempting you with an ever-changing panorama at every turn.

Swaledale, Wensleydale or Wharfedale would, I’m sure, be the first to be mentioned if someone was asked to name one of the Yorkshire Dales in a pub quiz. But Nidderdale? It tends to play second or even third fiddle to the better-known dales. It isn’t actually in the area designated as the Yorkshire Dales National Park at all. Hence the main throng of tourists tends to bypass Nidderdale, heading straight for the national park: in Nidderdale, the absence of visitors is almost tangible.

It is indeed strange that Nidderdale hasn’t been included within the park boundary. The spectacular countryside around the dale is designated as an Area of Outstanding Natural Beauty. The hills that fall across the border between national park and AONB status are the same hills making up the same landscape. Yet Nidderdale is a game of two halves. To the northwest, and closest to the Yorkshire Dales National Park, lies Upper Nidderdale. It’s an area that becomes increasingly rugged and remote the further back along the valley you go. It pulls you like a magnet, drawing you further into its midst, tempting you with an ever-changing panorama at every turn, rise and fall. With only one small road that leads to nowhere, the hills of Little Whernside and its giant neighbour Great Whernside creating a wall between Nidderdale and Coverdale, there is no through traffic, unless you happen to be on foot or on horseback. A string of pearly reservoirs line the route of the River Nidd from the foot of its source, Great Whernside. These watering holes, quenching the thirst of residents in far-flung Bradford, are interspersed with tiny hamlets. The place is so remote that a good guess would be required as to why anyone should have set up camp here years ago but now they have, it’s easy to understand – for its quality of life that surpasses many others. 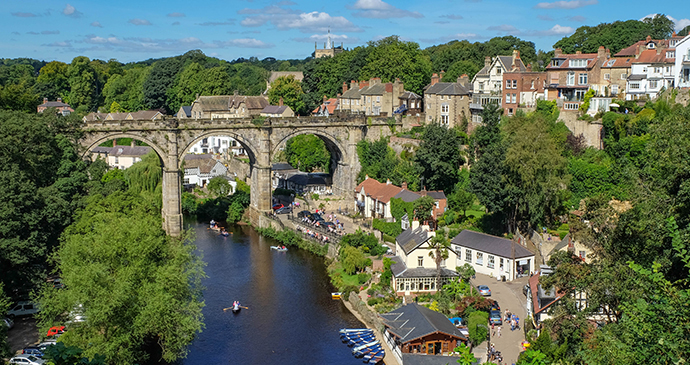 Knaresborough perches on the steep bank above the River Nidd © Prakich Treetasayuth, Shutterstock

Further east, Nidderdale bottoms out, the hills recede and the land flattens. At least, the undulations are less undulating, the distance between villages decreases and the land becomes more cultivated. It’s not until you reach Knaresborough, a good 30 miles from the river’s source (and even longer if you stretched out the Nidd’s meandering tendencies into a pencil-straight line), that you get any serious habitation although the elegant town of Harrogate, joined at the hip with Knaresborough on its eastern side, now sprawls further north and west towards the edge of Nidderdale AONB with a plethora of housing developments.

Past Knaresborough, the Nidd continues for a few more meandering miles east before it disappears for good, its waters mingling with those of the more northerly Swale and Ure to form the mightier Ouse. The Nidderdale AONB also swallows up the most southeasterly section of Wensleydale. Like its counterpart of Upper Nidderdale, the land furthest west begins harsh and inhospitable on top of Masham Moor before it drops down to greener pastures, great swathes of estate forests and a web of tiny tributaries that gurgle towards the Ure.