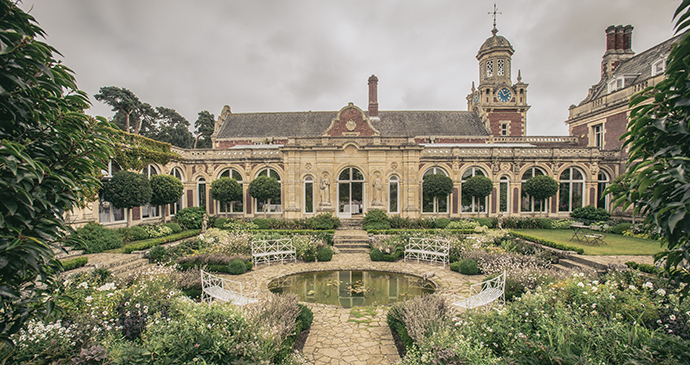 A sense of cosy isolation characterises the Waveney Valley, as south Norfolk eases into the clay country of north Suffolk.

Two rivers separate Suffolk from Norfolk, its northern neighbour. In the west, the Little Ouse River forms a natural boundary between the two counties, while in the centre and east the River Waveney defines the border. The Waveney’s source lies between the villages of Redgrave in Suffolk and South Lopham in Norfolk, close to where the Little Ouse also rises.

From its humble origins in Redgrave Fen, the river flows east through the small towns of Diss (Norfolk), Bungay and Beccles (Suffolk) before looping north around Lowestoft to join the River Yare at Breydon Water and eventually go to sea at Great Yarmouth. East of Bungay, the river lies within the boundary of the Broads Authority and the river is connected to Oulton Broad just west of Lowestoft by a manmade channel, Oulton Dyke.The only deviation that the county boundary makes from the river is between Great Yarmouth and Lowestoft, just north of Somerleyton where, instead of continuing north to reach Breydon Water, it veers east through Fritton Lake to reach the North Sea at Hopton-on–Sea. The reason for this anomalous diversion from the natural river boundary is administrative. It is also a relatively recent departure from topographic common sense.

Not that the Waveney forms an impenetrable barrier: the river is more of a conduit than anything, with plenty of bridges spanning it, especially in its western reaches. The Waveney Valley may not be much of a valley in physical terms but it does have a personality all of its own that is distinct from the rest of the county. A sense of cosy isolation characterises the Waveney Valley, as south Norfolk eases into the clay country of north Suffolk.

Here there are  fewer big estates, and more commons, ancient hedgerows and moated farmhouses; more meandering tracks that seem to follow every field boundary before ending up nowhere in particular. There has probably been less change over the past 50 years in this region than anywhere else in southern England. Unlike other parts of Suffolk, the area is not a place that tends to lure incomers, downsizers or weekenders.

The Waveney Valley has a different kind of draw. Those that have settled here have generally become more integrated into the existing community. It has long attracted artists, writers and craftsmen and there was a noticeable, if small-scale, invasion of folk escaping the city for something simpler and more wholesome back in the 1970s – they are mostly still here.

A surprising number of artists work from the towns and villages of the valley. Constable and Gainsborough may have immortalised the Stour Valley further south on the Essex border but that just happened to be where they lived.

It might just as easily have been the Waveney Valley. To quote author and pioneer of sustainable living John Seymour: ‘If John Constable had been born at Harleston, instead of at East Bergholt, we would have processions of motor coaches along the Waveney instead of along the Stour.’ As for present-day local artists, perhaps the recently deceased Mary Newcomb (1922–2008) is the most representative for her innocent, yet evocative, vignettes of country life – not exclusively featuring the Waveney Valley but certainly evoking its spirit. 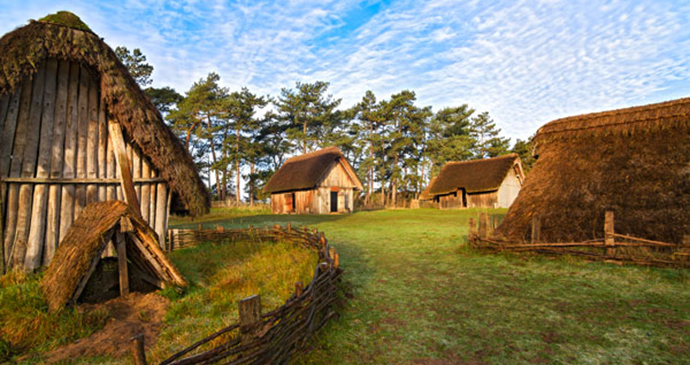 Several well-known writers are or have been based here too. Roger Deakin, who used to live in the village of Mellis just south of Diss, chronicled the changes of the season in Notes from Walnut Tree Farm and to a lesser extent in Wildwood, while nature writer Richard Mabey has more recently moved to the area and his Waveney Valley home features prominently in his book Nature Cure.

Louis ‘Captain Corelli’s Mandolin’ de Bernières has settled near Bungay, and W G Sebald in The Rings of Saturn, his meandering introspective walk through a rather sombre Suffolk, spent enough time in the Waveney Valley to be quite spectacularly rude about a small hotel in Harleston just over the Norfolk border.

It’s easy to get carried away of course. Like everywhere else, there’s an element of reactionary Nimbyism here on occasion – the greatest fears seemingly being the provision of caravan sites for travellers and windfarms – but overall, it’s pretty welcoming and lacking the selfsatisfaction sometimes found in more high-profile parts of the county. The key words here are probably ‘self-contained’ and ‘authentic’: real places with real shops serving real people.