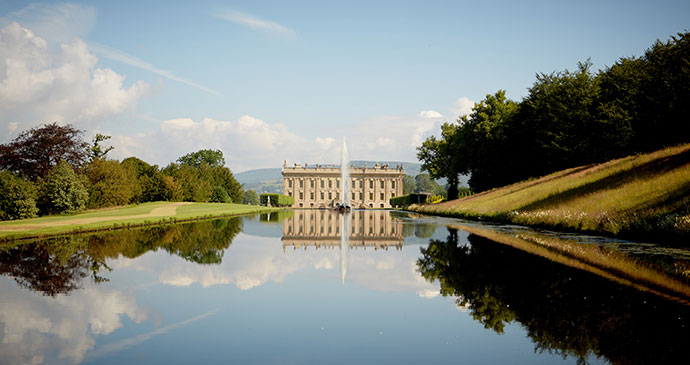 The surrounding countryside makes for an extensive outdoor playground, with hunting on the uplands and fishing on the Derwent.

Stately homes and handsome halls such as Chatsworth House and Haddon Hall are scattered along the Eastern Moors, tucked into valleys and flanked by woodland, or backed by great escarpments and moorland wilderness. The aristocracy, spending millions of pounds down the centuries, demanded a backdrop worthy of their pile. The Eastern Moors certainly fit the bill. The surrounding countryside makes for an extensive outdoor playground, with hunting on the uplands and fishing on the Derwent. Chatsworth provides free access to much of the woodland and parkland around the estate, with parking at the house and at Calton Lees for ramblers and picnickers. Beyond the stately home, the moors are criss-crossed with old packhorse trails, and going even further back, there are traces of an Iron Age road, the Portway, that linked ancient forts from Mam Tor to Harthill Moor. But the biggest draw for those who love the outdoors are the dramatic edges that stretch for miles with farreaching views – or the tors with their weathered and strangely formed rock piles – in places such as Froggatt Edge and Carl Wark.