York is, quite simply, a national treasure. 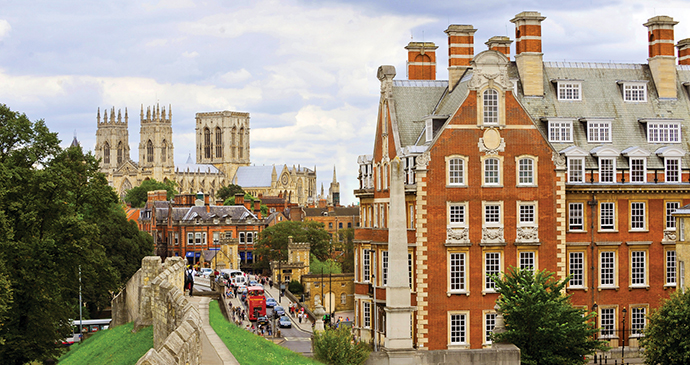 York is a history lesson in stone, and quite simply the most complete medieval city in the country © Visit Britain

It is by far the best-preserved medieval city in the country, a place drooled over by anyone interested in history and consequently always in the top three most visited places in the UK. What is so great about it is its compactness – so much of interest packed into such a small area. The magnificence of the Minster, the tranquillity of the Museum Gardens and riverside, the bustle of the Shambles and markets, fantastic old pubs and artisan shops, highbrow culture and secret, pokey alleyways … all within a stone’s throw of each other and contained by the old city walls.

Amazingly, the survival of these ancient walls, streets and buildings is not accidental but down to the people of York themselves. In late 18th-century England, many towns and cities were being ruthlessly modernised and the Corporation of York planned to follow suit by applying for an act of Parliament to rubber-stamp a massive demolition program. Thankfully, they were thwarted by the great and the good of the city and hundreds of wonderful buildings have survived as a consequence. 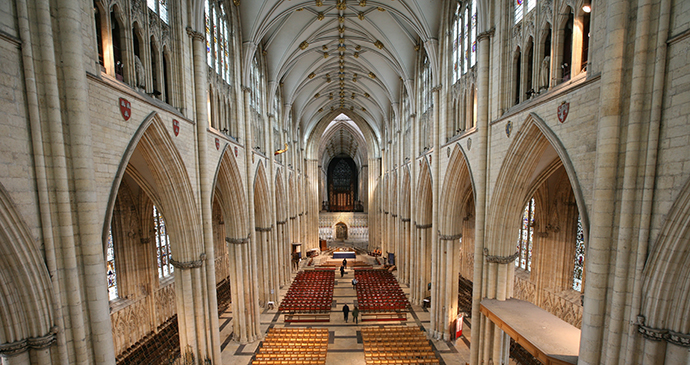 What those early conservationists were also unwittingly protecting was everything underneath the medieval buildings, because York is not just one city but a series of settlements built one on top of each other over a period of 2,000 years. Some necessary modernity has crept into the city centre since, but generally a good balance has been struck between preservation and progress. There is, of course, a 21st-century city of York outside the walls, with hospitals, council offices, railways, ring roads and factories, but 99% of what most visitors want to see is within the city walls. These stone ramparts are themselves an added bonus, providing an excellent raised viewing platform for the city.

A modern addition to the cityscape close to the column, by the steps of the Minster, reminds us of a momentous historical event that took place here and went on to shape not just the history of Britain, but that of the whole of the Western World. It is a statue of Constantine the Great who proclaimed himself Emperor of Rome on the death of his father Constantius while they were both in York in the year 306. Despite all this, York’s most famous old inhabitants are probably the Vikings – another bunch of overseas invaders. This lot took possession by sailing up the River Ouse in longships and made the place the capital of their fledgling kingdom. York’s Scandinavian heritage is celebrated in the Jorvik Viking Centre. 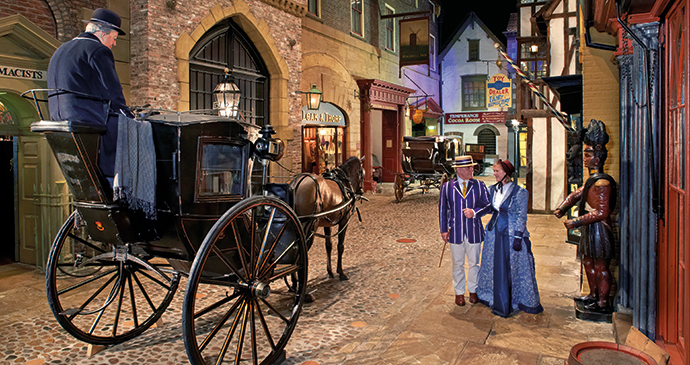 As a result of its rich and complicated history, York has a wide range of excellent museums to explore  © York Museums Trust

First Millennium invasions were only the start of York’s story though; they have been followed by medieval merchants profiteering from get-rich-quick schemes, in-fighting royals, men loyal to the royals and those not so loyal to the royals, highwaymen, railwaymen, chocolate makers, fires and floods … all contributing to the very particular personality of the city today.