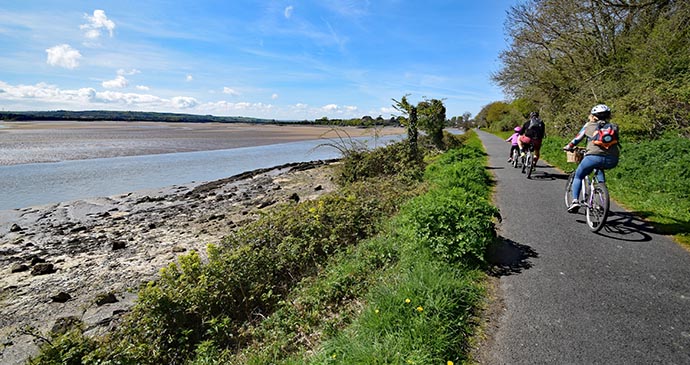 The selected attractions here are scattered over a wide region: some of the loveliest gardens in North Devon and a handful of exceptional churches.

This region shows the marketing power of a popular book. Henry Williamson was one of the finest nature writers ever. His love for North Devon stemmed from a childhood holiday, and shines through his subsequent writing. Utterly out of his environment as a soldier in World War I he wrote vividly of life in the trenches (A Chronicle of Ancient Sunlight, considered, by some, to be one of the greatest series of novels of its time). In the latter part of his life he became embittered and succumbed to extreme right-wing views, but that doesn’t diminish the importance of his most famous work, the 1927 Tarka the Otter, written in Georgeham where he lived for eight years and is buried. His otter ranged widely over the rivers of North Devon, hence the Tarka label attached to the oblong of countryside stretching from the north coast’s sandy shores to the edge of Dartmoor.

The selected attractions here are scattered over a wide region: some of the loveliest gardens in North Devon and a handful of exceptional churches. More peaceful than the busy seaside resorts, it’s a good area to base yourself in the crowded holiday season.