Celebrate the New Year in style

If you are in Cromer on New Year’s Day, you can witness one of the best firework displays you are ever likely to see. The pyrotechnics, which take place over the North Sea from the end of the pier and usually coincide with a town fun run, are impressive enough to temporarily scatter the local gull population and probably send Cromer’s offshore crab population scurrying to safety along the sea bed towards Dogger Bank. Be sure to come early for a good viewing position on the promenade.

The Buckenham roost, which takes place in the winter months, roughly between late October and March, is quite a spectacle to behold. The performance – if you can call it that – is a slow burn. Just after sunset, groups of rooks, and some jackdaws, fly in to gather on the large ploughed area immediately to the west; others land in the trees that surround it. Momentum slowly builds as more and more groups of birds fly in to land in the field. As the light fades, the noise from the congregation builds louder and eerily expectant: something is clearly about to happen. Eventually, when the darkness is almost complete some sort of signal spurs the birds airborne and the sky blackens with rooks that swirl noisily east to settle in the woods of Buckenham Carrs where they will spend the night together.

Take a ride on the Wells & Walsingham Light Railway

Wells is the home station of the Wells & Walsingham Light Railway. This claims to be the longest 10¼-inch gauge steam railway in the world, running all the way to Walsingham, a scenic journey of some nine miles, along the track bed of the old Great Eastern Railway. The service operates between March and October and takes 45 minutes with halts made at Warham St Mary and Wighton en route. Christine’s Buffet Bar next to the signal box at Wells is handy for a cake and a cuppa while you are waiting.

Many gardens are open to the public during spring. One rather special 32-acre garden, East Ruston Old Vicarage Garden, is open to the public from Wednesday to Sunday between April and October. Themed garden areas include the Californian Border and Desert Wash, a Tree Fern Garden, Sunken Garden and so on, as well as a wildlife flower meadow and cornfields sown with native species that have become rare in this age of herbicides. There are guided tours on the second and fourth Tuesday of the month. 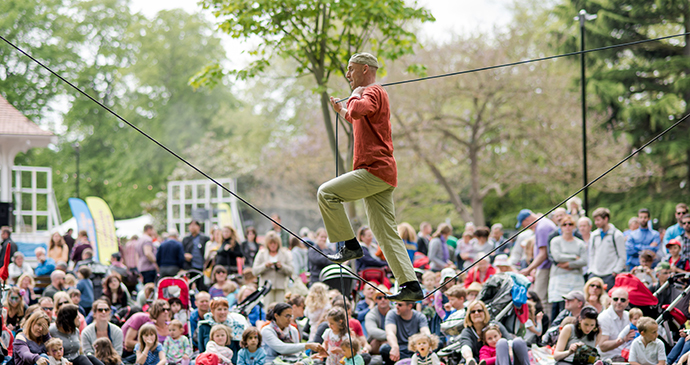 The festival can be traced back to 1772 © JMA Photography, Norfolk & Norwich Festival

The Norfolk & Norwich Festival has been established as an annual event for many years (it can be traced back to 1772) and goes from strength to strength, featuring international names in the classical, folk and jazz world as well as staging a broad range of theatrical, dance and arts events. The festival, which takes place in the second half of May each year, also includes plenty of free events like street theatre and special activities for children. 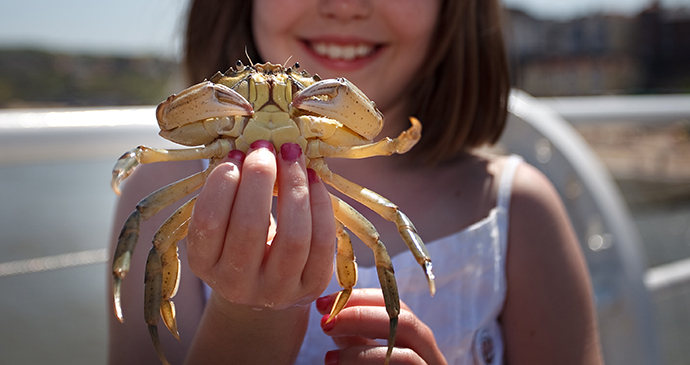 In late May, Cromer is gastronomically linked to its fishy neighbour Sheringham by the annual Crab & Lobster Festival, which since its launch in 2009 has celebrated the fine crustacean produce of these two resorts. It’s all great fun – there’s a restaurant trail, cookery destinations, taster sessions, street theatre and lots of free events to raise money for charity.

A surprising number of artists work from the towns and villages of the Wavemey Valley and for the three weekends of the annual Harleston and Waveney Arts Trail you can visit them in their studios. Most of the studios are within an eight-mile radius of Harleston and can be visited by bike, car or on foot.

The Worstead Festival is the largest village festival in Norfolk and is held each year on the last weekend in July. This is the perfect excuse for displaying rare breeds and prize farm animals and demonstrating country crafts from ploughing with heavy horses to sheep shearing, beekeeping and falconry. Classic farm vehicles and vintage cars are dusted off to take part in a parade and there is usually live music in the village square. 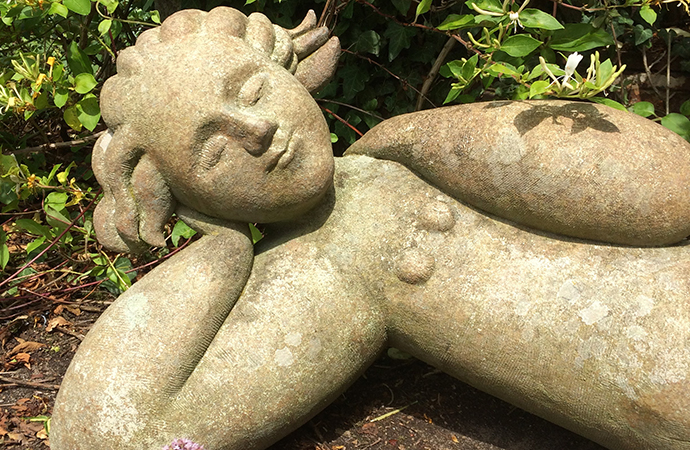 In Burston, an annual rally takes place on the first Sunday in September to commemorate the longest strike in British history. It’s a colourful, upbeat affair with bunting and trades union banners alongside stalls selling snacks and the collected works of V I Lenin. Proceedings get fully under way after a march ‘around the candlestick’ that replicates the route taken by the schoolchildren on 1 April 1914. Then there are a few speeches and music. 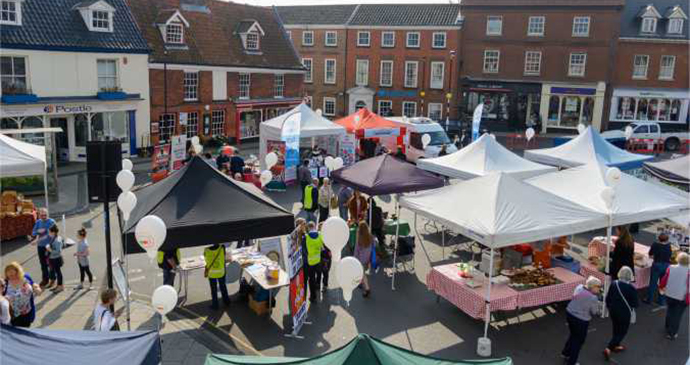 According to Slow Food ‘convivium’ leader Liz Jones, Aylsham sees itself as an ‘unpretentious foodie town’, and for a small town of just 6,000 to boast three butcher’s shops, two greengrocers, two fishmongers, several cafés and a fortnightly farmers’ market this seems a reasonable description. In addition to this, a food festival is held in October to promote local food businesses and highlight the benefits of slow food to both the local environment and economy. The final event of the festival is The Big Slow Brunch held in the Town Hall on the Sunday morning.

Snettisham’s RSPB reserve really comes into its own during the autumn and winter months when high tides push tens of thousands of waders up on to the shoreline.

A particularly good route for a winter stroll begins and ends at Horsey Mere. The lovely thing about this walk, which is probably at its best on a clear, crisp winter’s day, is that it gives you a taste of everything the area has to offer in the space of an easy five miles: reed beds, lake, river, farmland, marsh, beach, dunes and the North Sea itself.