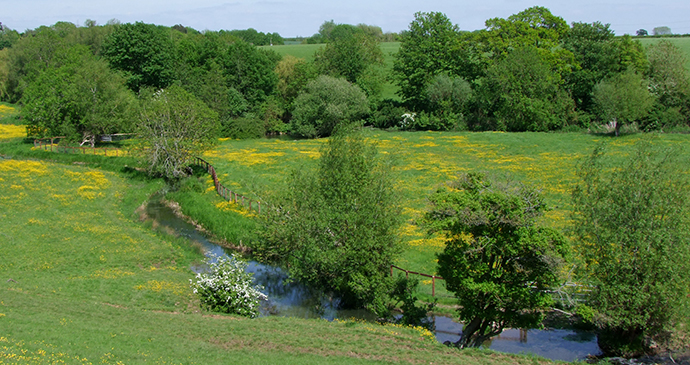 Each river valley very much has its own individual character.

It might seem bizarre to be referring to both the Cotswolds and the River Thames within the same sentence, as the Thames Valley, London and Thames Estuary seem a different world. But the source of the Thames bubbles out of the Cotswold hills and a large swathe of the Cotswolds lies north of the Thames, within which are five small river valleys – the Churn, Coln, Leach, Windrush and Evenlode – each a tributary of Britain’s most famous river.

Not one of the rivers here is particularly well known, but the villages and towns that they flow through are more acclaimed, such as Cirencester on the Churn, or Burford on the Windrush or the village of Bibury on the Coln. Yet each river valley very much has its own individual character.

Two counties fall into this area – Gloucestershire and a large chunk of Oxfordshire. Often referred to as the Oxfordshire Cotswolds, this is an area of the Cotswolds that is occasionally forgotten about when so much emphasis is placed upon the western escarpment.