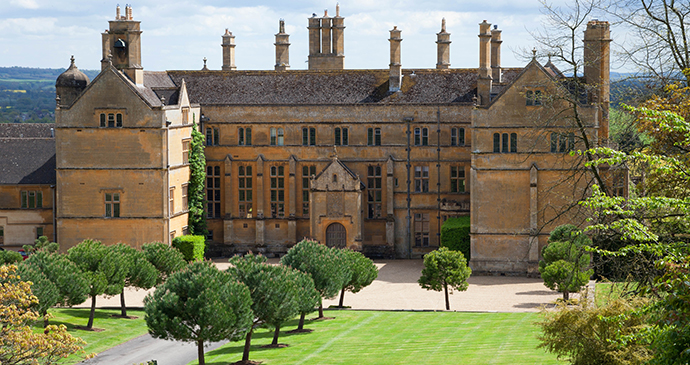 Residents in these borderlands will feel much more akin to one another than they will to the remaining parts of their respective counties.

This is the hidden part of the Cotswolds, the forgotten part, the part that the coach tours leave out – and it is all the better for it. Not as dramatic as the western escarpment, it’s cosier and has just three small towns in the west – Shipston-on-Stour, Moreton-in-Marsh and one of the most rural, Chipping Norton.

Strictly speaking, there are only three shires within this chapter – Warwickshire and Oxfordshire, plus a tiny scrap of Gloucestershire. The ‘four shires’ refers to the Four Shires Stone, not far from Moreton-in-Marsh. It marks the point where four counties once met – Warwickshire, Oxfordshire, Gloucestershire and Worcestershire. The borders have changed and now Worcestershire begins several miles away. Within these boundaries, the areas become even more localised. We’re at the very southern tip of Warwickshire, and the most northern part of Oxfordshire. Residents in these borderlands will feel much more akin to one another than they will to the remaining parts of their respective counties. Even the term ‘Banburyshire’ (referring to the market town of Banbury just east of this locale) is still used today, demonstrating the closeness of the two counties at this point.

The bond between south Warwickshire and north Oxfordshire is perhaps because of their shared heritage and style of architecture. This is still the Cotswolds – just. We are on the very fringe here and, though there are still plenty of rolling hills, it is the flattest part of the Cotswolds overall, leaving the sharp western escarpment behind.