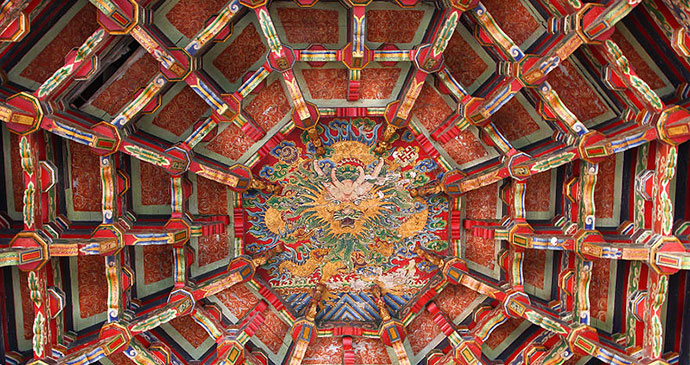 Longshan Temple is undoubtedly one of Taiwan’s most inspiring places of worship and likely the oldest Buddhist shrine on the island © AngoMoKio, Wikimedia Commons

Touristy yet crammed to the gills with genuine culture and antiquity, Lukang is rightfully one of Taiwan’s most popular lowland destinations.

Touristy yet crammed to the gills with genuine culture and antiquity, Lukang (often spelled ‘Lugang’) is rightfully one of Taiwan’s most popular lowland destinations. It’s hard to believe now but, from the mid-18th century to the last quarter of the 19th century, this out-of-the-way town (population now 87,000) was Taiwan’s second-largest city. In that era, Tainan and Lukang were like Taipei and Kaohsiung now – the former focused on politics and government, the latter obsessed with commerce. While not quite frozen in time, Lukang has preserved enough of its physical past to make it worth an entire day. The town is easy to reach by bus and almost every sight is within walking distance of the core.

Putou and Yaolin streets, along with several nearby lanes, have never been widened for cars. During Lukang’s heyday, many of the town’s shipping agents and merchants lived hereabouts, and several of the homes are now souvenir shops but what must have been one of the most imposing mansions is uninhabited and crumbling at 8 Houche Lane. Hoping their sons would be as academically successful as the man who built Ding Mansion, the first few generations living at 8 Yaolin Street would order the youngsters to take their books and brushes to the attic, then remove the ladder that provided the only access. One of Lukang’s most popular photo opportunities is Half-Sided Well 半邊井 (12 Yaolin St). In the 18th and 19th centuries, it wasn’t unusual for rich households to dig private wells; the family here wanted the convenience of a water source near their front door but were public-spirited enough to have it straddle the boundary of their land so neighbours could also draw water.