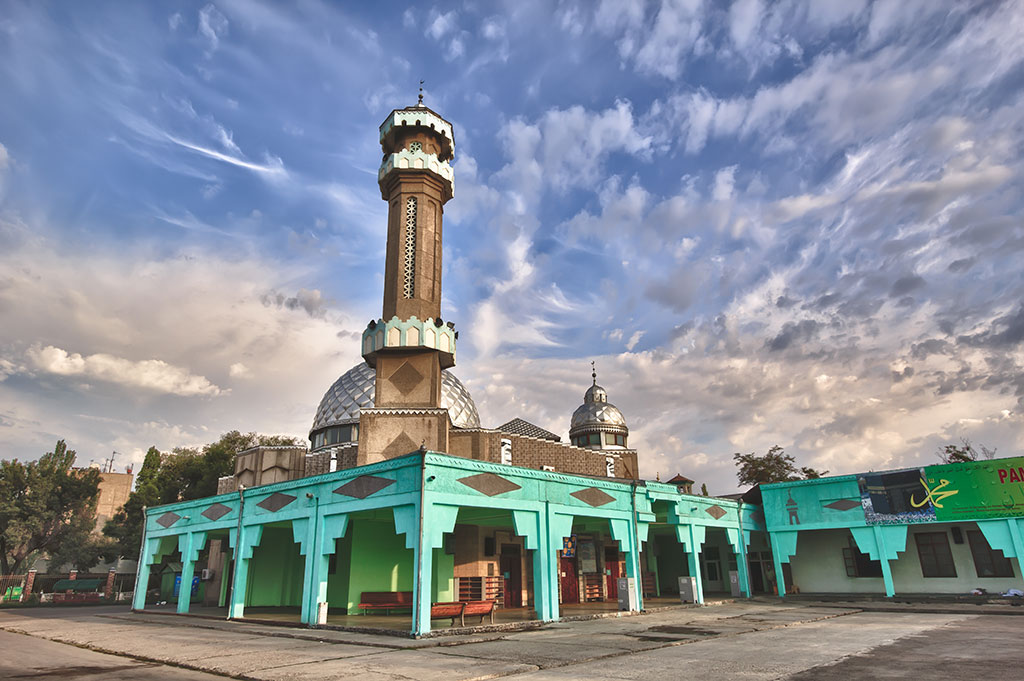 The central Asian origins of Bishkek’s name are still hotly debated but the city is unmistakably Soviet in its design © Nikita Maykov, Shutterstock

This is no urban jungle; in many aspects the city is almost village-like, with local communities focused around small markets and convenience stores, and the constant reminder of the alpine landscape that lies just beyond the city limits.

One story relates that Kyrgyzstan’s capital, Bishkek (Бишкек), takes its name from the plunger of the wooden churn (bishkek) used to make kumys, the popular Kyrgyz tipple that is conjured from fermented mare’s milk. This is far from certain, however, as there are several plausible alternatives: another possible derivation might be from besh kek, which translates literally as ‘five chiefs’, or even besh bik, which is Kazakh for ‘five peaks’; or the name may even have a more ancient etymology and derive from pishagakh, an ancient Sogdian term meaning ‘place beneath the mountains’.

Whatever the name’s origin, all of these appellations are of central Asian derivation, a fact that is at odds with the reality that Bishkek is clearly a Soviet city with a Russian – or, at the very least, the ghost of a Russian – soul. Like a scaled down version of its Kazakh rival, Almaty, Bishkek is a Russian city displaced several thousand kilometres to the east by the geography of empire: a purpose-built capital with buildings and monuments resonant of Europe west of the Urals.

Also, like the Kazakh capital, Bishkek has a remarkable amount of green space, with swathes of parks and woodland dotted about the city to soften the traffic noise and freshen up the air (the city is said to have more trees per person than anywhere else in central Asia). The streets – a textbook example of Soviet planning – are arranged on a grid system and, as in many provincial Russian or ex-Soviet cities, the boulevards and avenues that criss-cross the city are a tad wider than they realistically need to be to contain the traffic.