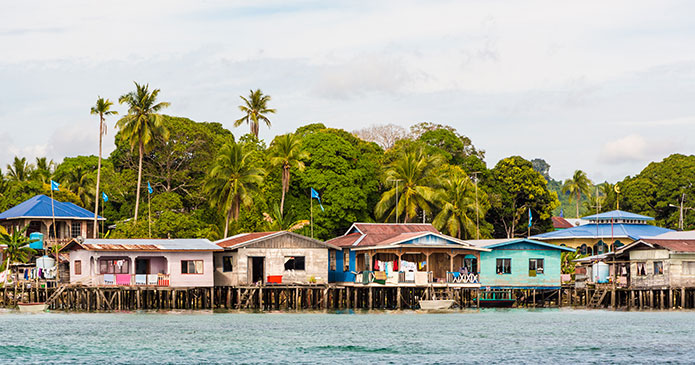 One of the largest floating communities in the world, it has mosques, schools, markets and a fire station.

With 30,000 residents, this watery suburbia is actually composed of 28 individual villages, linked up by 8km of stilted walkways. One of the largest floating communities in the world, it has mosques, schools, markets and a fire station. The government has been trying to relocate the people on to land, but they refuse to abandon their spiritual home. Though it has burnt down several times, the origins of the water village pre-date the 16th century, when Italian historian Antonio Pigafetta described it as the ‘Venice of the East’. The latest village addition, Kampung Bolkiah, is a high-tech set-up built from fireproof materials, with an eco-sewage system and houses spaced nearly 10m apart. In other words, the exact opposite of its predecessor!

Residents of ‘KA’ commute to work on a flotilla of water taxis, leaving their cars parked along Jalan Residency in town. To visit Kampung Ayer, you can take a water taxi from several points along Jalan McArthur and Jalan Residency to any location in the village, then walk about; the one-way fare is B$1–2. Alternatively, you can take a guided tour. For me, the water village is at its most mesmerising at night, viewed from the riverfront, as water taxis whizz past in trails of coloured lights ferrying people home.