In the English-speaking world, an individual’s knowledge of this fascinating country generally falls into one of two categories. Most people know nothing about it at all, not even where it is. The others, a small minority, not only speak the Armenian language, although neither they nor their parents were born in Armenia, but also have some knowledge of Armenian culture and Armenia’s often tragic history. This is because Armenia has one of the most successful and supportive diasporas in the world, upon which present-day Armenia is still very dependent. So far as Nagorno Karabagh is concerned, the contrast is even more stark with the diaspora being wholly familiar with its recent past while few others would claim even to have heard of it, apart from those who are well informed politically and might recall its name as the scene of some half-remembered conflict around the time that the Soviet Union disintegrated. 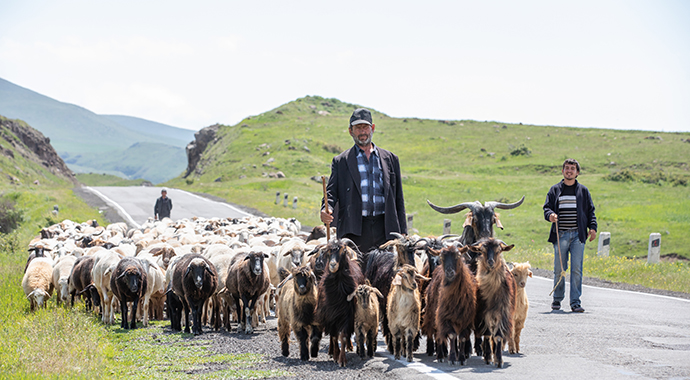 Armenia is known for its overwhelmingly friendly people © Kertu, Shutterstock

Armenia is actually a very easy country to visit. Its people are overwhelmingly friendly, helpful and welcoming. Most nationalities no longer need a visa to enter the country or can easily obtain one on arrival. There is relatively little crime and the risk of theft or being short-changed is much lower than in most Western countries.

Is Armenia in Europe? It certainly feels far more like a southern European country than an Asian one and it is a member of the Council of Europe and the Organization for Security and Co-operation in Europe. In addition, the Armenian people have been Christian for 1,700 years and from 1828 to 1991 they were ruled by another country whose culture, the Bolshevik Revolution notwithstanding, was  fundamentally Christian. On a more practical level, Armenia has an international telephone dialling code (374) in the European sequence, the British post office charges the European rate for letters sent to Armenia from Britain, and Armenia competes annually in the Eurovision Song Contest. Having said all of that, visitors familiar with the cultural traditions of the Middle East – the cuisine, the traditional music and dancing, the hospitality, even certain aspects of language – will find much that feels familiar in Armenia. 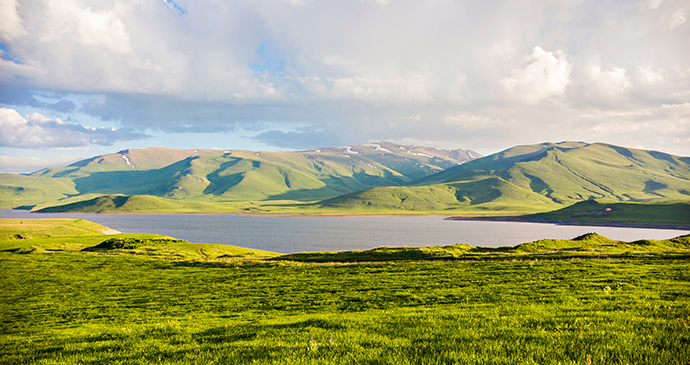 The main drawback has long been the language barrier, although this is now far less of a concern in Yerevan and in other places used to dealing with tourists. Outside the centre of Yerevan and the more popular destinations in the regions, few people speak English or any other western European language. The main second language is still Russian (though English is now taught in schools), so visitors travelling on their own may well find it convenient to consider employing an English-speaking guide or driver or else arrange accommodation in advance. Either can be done through one of the Yerevan travel agents or an overseas agent who specialises in the country.

Armenia will never become a mainstream tourist destination like Mallorca or Florida, but few visitors to Armenia leave disappointed, apart from wishing that they had had more time in the country. Travellers will be rewarded by seeing enthralling sights in a country in transition. After centuries of foreign domination Armenia is now once again an independent nation preserving for future generations its unique heritage. Many of the best things in Armenia have not changed: the hospitality of the people, the wonderful quality of seasonal fruit and vegetables, its magnificent landscapes and the abundant ancient sites, both prehistoric and medieval. It remains a country well worth visiting.

My husband and I first went to Armenia in 2001, on holiday. We were enthralled by the country: its landscapes, the wild flowers, the many medieval monasteries and churches, its unique alphabet, the welcome given to us, its complex history at so many crossroads – geological, historical, political and religious. But there were frustrations. There was virtually no information in Armenia itself. Even road signs were in short supply. Yes, there was internet information but how many printouts can be packed before a suitcase is overweight? Many times we bewailed the absence of a practical and informative guidebook, such as the Bradt guides we had used elsewhere.

So when, after our return, Nick was asked to write the first Bradt guide to Armenia he accepted willingly. We enjoyed getting to know the country better and feeling that we were making some contribution. It was also hard work! It wasn’t just the journeys on dreadfully pot-holed roads but also the research involved. I remember Nick once spent the whole day researching an apparently authoritative statement that a certain cave held a colony of fruit bats. Fruit bats? In Armenia? It turned out that the species of bat referred to wasn’t fruit-eating at all and it was in fact quite another species which actually inhabited the cave!

Armenia has been one of the things which has helped me to cope with the enormous gap left in my life by Nick’s death. I continue to find the country endlessly fascinating and have come to realise how much more there is to be known than we ever grasped during our early visits. I hope this edition reflects at least some of this increased appreciation of what Armenia was and is, and what it has to offer the visitor.