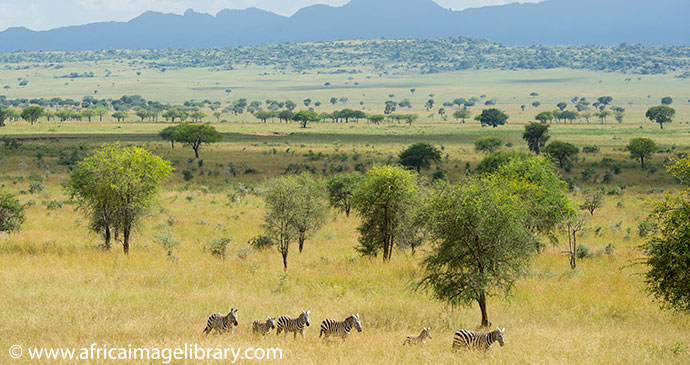 Hidden in the remote northeastern corner of the country, the mountain-ringed plains of this national park are an unforgettable tract of true African wilderness.

Lynchpin of the nascent northeastern safari circuit, Kidepo Valley (KVNP) is Uganda’s third-largest national park after Murchison Falls and Queen Elizabeth, and it vies with these two as Uganda’s most alluring safari destination. It has a remote location in the extreme northeast of Karamoja subregion, more than 500km from Kampala, bordering South Sudan to the northwest, and only 5km from the easterly border with Kenya.

Notable for its rugged mountain scenery and compelling wilderness atmosphere, KVNP also offers some exceptionally good game viewing, particularly in the Narus Valley with its dense populations of lion, buffalo, elephant and many smaller ungulates. Prior to 2011, the expense and difficulty of reaching the park meant it attracted a low volume of tourists, but this has changed in recent years as a result of increased stability in northern Uganda, greatly improved approach roads, and the opening of several lodges. Even so, KVNP retains a genuinely off-the-beaten-track character by comparison with most other comparably wildlife-rich savannah reserves in East Africa.

The original 1,259km² reserve was upgraded to national park status following independence in 1962, and extended to its present size of 1,442km² seven years later. Altitudes range from 914m above sea level to the 2,750m peak of Mount Morungole, the highest point on an extinct volcanic range running along the park’s southeastern border. The slightly taller Mount Lutoke (2,797m), which lies on the opposite side of a 50km border shared with South Sudan, is also visible from several points in the park. This ruggedly mountainous terrain is broken by the Narus Valley in the southwest and the Kidepo Valley in the northeast.

KVNP has a moister climate than other parts of Karamoja, but almost all the average annual rainfall of 800mm falls between April and October, so the plains become very hot and parched towards the end of the dry season. The park is named after the river Kidepo, a derivative of the Karamojong ‘akidep’ which means ‘to pick’, and refers to the fruits of the borassus palms that line this seasonal waterway and formed an important source of nourishment in past times of drought. The only perennial river is the Narus, which flows through the eponymous valley, and attracts a profusion of game in the dry season.

The dominant habitat in the Narus Valley is open grassland studded with tall sausage trees (Kigelia africana) and the massive elongated fruits for which they are named. The Kidepo Valley supports drier acacia woodland, though some significant stands of borassus palms line the watercourses. Elsewhere are patches of montane forest and riparian woodland. KVNP protects one of the most exciting faunas of any Ugandan national park, although its total of 86 mammal species has been reduced to 77 after a rash of local extinctions in recent years. The bird checklist of 470 species is second only to Queen Elizabeth National Park, and includes more than 60 birds recorded in no other Ugandan national park.