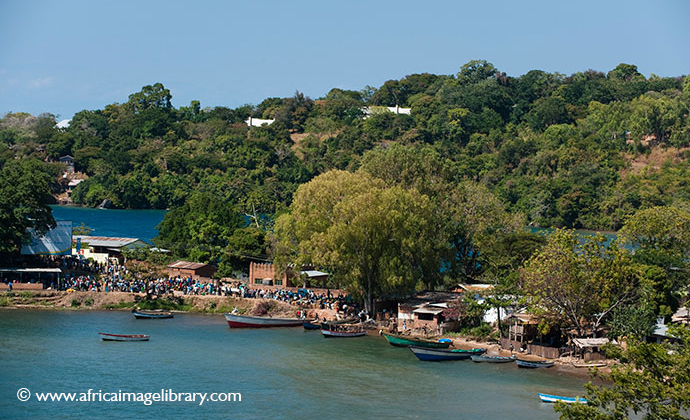 Nkhata Bay has a gloriously lush and scenic setting, comprising a twin pair of bays enclosed by forested hills and separated by a long, narrow peninsula.

Long one of the best-kept secrets on the African backpackers’ trail, Nkhata Bay has steadily grown in reputation over the past two decades to eclipse Cape Maclear as the most popular traveller congregation point on Lake Malawi, if not anywhere between Zanzibar and Victoria Falls. It’s not difficult to see why. Nkhata Bay has a gloriously lush and scenic setting, comprising a twin pair of bays enclosed by forested hills and separated by a long, narrow peninsula. And the small town itself, nestled between the hills and lakeshore, is as charming as it is uncategorisable – call it an overgrown Tonga fishing village, a venerable district capital, a bustling market port or an idiosyncratically laidback lakeside resort, one senses that few of its estimated 15,000 residents would be sure which of these labels wears best.

A big part of Nkhata Bay’s appeal is the rare sense of traveller community that embraces the town and string of popular lodges running out towards Chikale Beach. The place is also addictively laid-back, so much so that it habitually paralyses the will of travellers, and infuses their best-laid plans with an element of suppliant inertia. And while most visitors associate Nkhata Bay with lazy days and party nights, the town offers plenty of interest to more active travellers, including kayaking, snorkelling, forest walks, fish-eagle feeding, beach volleyball or simply joining in a local football match. Worthy of a special mention are the day/night dives and diving courses offered by Aqua Africa in a unique environment described by one experienced diver as ‘fresh water with sea equivalents’.