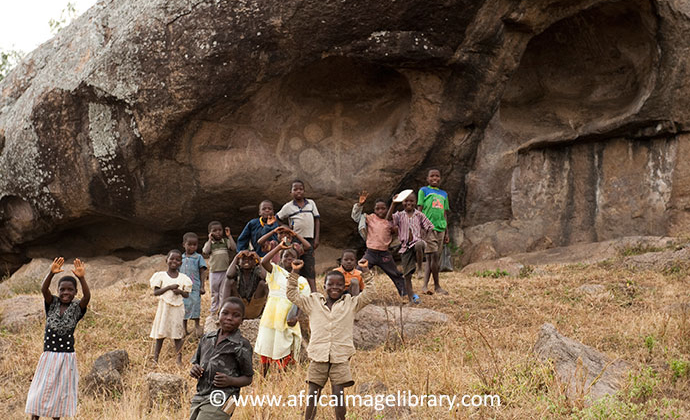 Rock paintings aside, this is a very scenic part of Malawi, studded with dozens of massive granite inselbergs (outcrops), and ideal for casual rambling.

Stretching northwest of Dedza for about 25km, the Chongoni Rock Art Area is one of Malawi’s most neglected national treasures, containing 127 rock faces and shelters that represent an ancient painting tradition dating back at least 2,000 years. Despite being inscribed as the country’s second UNESCO World Heritage Site (the other being Lake Malawi National Park) in 2006, the area has seen little formal tourist development. Despite this lack of development, several panels can still be visited with reasonable ease by interested travellers, most notably those at Chencherere, Namzeze and Mphunzi. At the core of the 126km² UNESCO-inscribed rock-art area, the Chongoni Forest Reserve lies immediately east of the M1 north of Dedza, and is also the site of the Chongoni Forestry College and associated Kazela Forestry Resthouse. Two-thirds of the painted panels lie within the forest reserve, including Chencherere and Namzeze, but the rock-art area also extends southwest from the M1 as far as Mphunzi Mountain, where a cluster of eight panels forms the most worthwhile goal in the area for those with time to visit one site only.

Rock paintings aside, this is a very scenic part of Malawi, studded with dozens of massive granite inselbergs (outcrops), and ideal for casual rambling, whether you’re based in Dedza Town or the resthouse at Chongoni Forestry College. The forest reserve supports a mixture of plantation forest and Brachystegia woodland, as well as small patches of evergreen forest on some of the hills. Baboon, vervet monkey, rock hyrax, grey duiker and klipspringer are quite common in the area, leopard and samango monkey are present in the evergreen forest, and the varied avifauna includes a similar range of Brachystegia-associated species as Dzalanyama, as well as a limited selection of forest species.