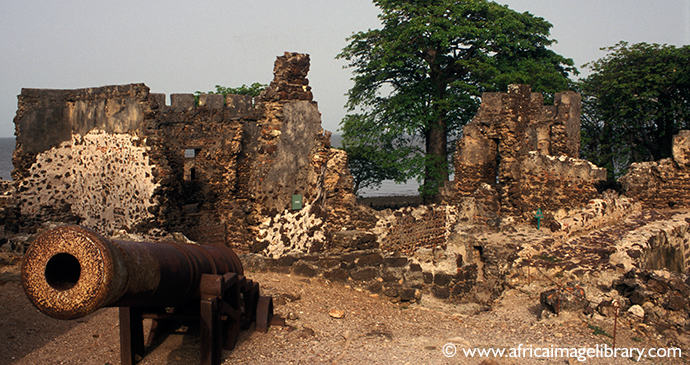 The North Bank opposite Banjul is the focal point of a UNESCO World Heritage Site commemorating the horrors of the slave trade and its eventual abolition.

Huddled so close together that it’s difficult to tell where one ends and the other begins, the historic twin villages of Albreda and Juffureh (also known as Albadarr and Gillifree, or other variants thereof) sit on the North Bank of the River Gambia about 25km upriver of Barra and Banjul. Together with nearby Kunta Kinteh Island, 3km across the water, these villages played a pivotal role in the slave trade that dominated the economy of the lower River Gambia from the late 15th to the early 19th centuries. At various times, the Portuguese, British and French all maintained trading posts in the vicinity, while Kunta Kinteh Island was revived as a strategic British naval base in the abolition era. Today, the area is the focal point of a UNESCO World Heritage Site whose seven components include Fort James on Kunta Kinteh Island and four separate buildings in and around Albreda. All in all, it’s a fascinating area, contrasting with the south coast resorts in almost every conceivable way, and well worth visiting, whether you do so independently or as part of a tour.