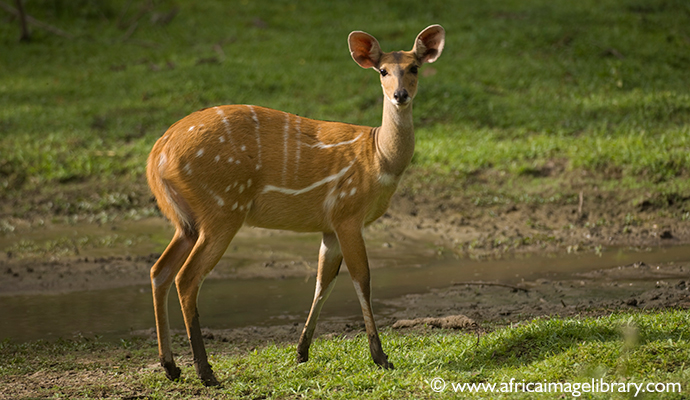 This small forested reserve, 30 minutes’ drive from the coast, is home to an abundance of monkeys and colourful birds.

Abuko Nature Reserve is a popular goal for day trips out of Greater Banjul, particularly with birdwatchers.The most important habitat in Abuko is the rare remnant patch of pristine gallery forest that hems in the small Lamin River and a few associated pools. This is one of the most northerly projections of the Upper Guinean Forest that extends along much of coastal West Africa from southern Senegal Casamance to western Ghana. Away from the river, the vegetation thins out to become Guinea savannah, which is not as rare as the gallery forest, but still supports plenty of wildlife.

Abuko contains a quite remarkable biodiversity for a reserve of its size, with many thousands of species of fungi, plants, trees, insects and other invertebrates living in and beneath the tall leafy forest canopy. Around 50 mammal species have been recorded, most visibly green monkey, red colobus, bushbuck and Maxwell’s duiker. It also supports a varied selection of birds, with some 270 species recorded, and it is perhaps the best site this close to Banjul for forest specialists such as turacos, greenbuls and hornbills. Hides help you to get close to the animals, which are very used to humans and relatively easy to see – indeed, the monkeys in particular virtually ignore human visitors as they go about their daily routines. The least edifying aspect of the reserve is the so-called animal orphanage, a rundown zoo-like set-up that houses a few miserable monkeys and spotted hyenas.