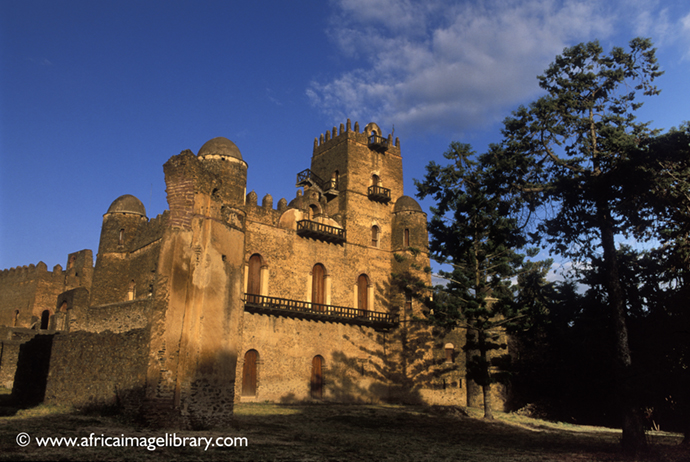 Once the capital of Ethiopia, Gondar is renowned for the castles that stud the central royal compound © Ariadne Van Zandbergen, Africa Image Library

With fairy-tale castles, venerable churches and other substantial European-influenced buildings, the former capital of Ethiopia is a fascinating place to explore.

The so-called Camelot of Africa, Gondar is perhaps the most immediately impressive town along the historical circuit, studded as it is with fairy-tale castles, venerable churches and other substantial European-influenced buildings dating from its 17th- and 18th-century heyday. Imposing as they might be, however, Gondar’s handsome antiquities are arguably less intriguing and enduringly memorable than their more genuinely ancient and mysterious counterparts at Axum and Lalibela, for which reason we would rank it as the least-essential stop of the three for historically minded visitors with insufficient time to visit them all.

That said, the well-preserved castles and palaces that grace Gondar’s stone-walled Fasil Ghebbi, a UNESCO World Heritage Site, seldom disappoint, while the lavishly painted church of Debre Berhan Selassie and brooding 18th-century palatial complex at Kuskuam both rank highly on Ethiopia’s list of must-sees. Historical sightseeing aside, Gondar is a very pleasant city to explore, with a friendly, laid-back, almost countrified mood by comparison with Addis Ababa or even Bahir Dar. It boasts some excellent traditional restaurants and live music venues, and it’s also a good place to arrange overnight hikes in the nearby Simien Mountains.