Hardly anyone goes there, and if they do, it is for work purposes, and they are often hidden away in hermetically sealed expatriate compounds. So what should tourists expect upon arrival?

Equatorial Guinea is not a very well known country. Random straw polls of my secondary students elicited mainly blank stares or they confused it with one of the world’s three other nations containing ‘Guinea’ in the title. There was the occasional mention of the 2004 attempted coup d’état or perhaps news articles relating to the president’s eldest son’s extravagant spending habits. My enquiries with adults fared little better. Those around in the 1970s sometimes recalled reading about former president Macías’s rule of terror, and how Equatorial Guinea used to be a Spanish colony. They might perhaps tell me it is an oil-rich country. Beyond that, the place is a mystery. Hardly anyone goes there, and if they do, it is for work purposes, and they are often hidden away in hermetically sealed expatriate compounds. So what should tourists expect upon arrival? 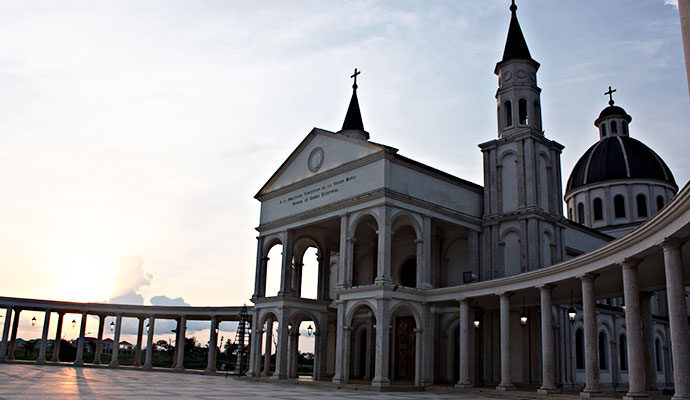 The first thing is a unique blend of diversity. Yes, it is a Spanish-speaking nation but there are also remnants of British and Portuguese influence to be found in the languages of Malabo and Annobón respectively. By the continental border regions, you may also hear French from neighbouring francophone countries, Gabon and Cameroon. Setting aside these European influences though, there are dozens of African languages, some found only in Equatorial Guinea and some regional, which highlight the ridiculous nature of the straight-line artificial colonial boundaries. But we cannot discuss the place simply with reference to European and African influences. Here you will find representatives from the Americas, the Caribbean, the Middle East and Asia, all playing a part in the rapid oil-fuelled development of the country.

Get yourself a visa and head over to Central Africa’s best-kept secret, before everyone else does.

Visiting Equatorial Guinea you will find not one capital but two, with the second under construction deep in the jungle. The regions are connected by an advanced network of highways, ports and airports, far removed from the stereotype of slow, pot-holed African roads. Outside the population centres are vast, empty stretches of pristine beach, volcanic black or crystal white. Expect jungles and mountains and waterfalls and volcanic islands, all teeming with wildlife if you know where to look. Best of all, you will likely have most of these landscapes all to yourself. This is one of the last true African frontiers, and even high-end ecotourism has not taken off here yet. In the cities you will find an eclectic mix of cuisines, cultural events and nightlife, a testament to the diverse populations that call this place home.

Equatorial Guinea is not an easy place to get into or to travel around independently. However, the tourism sector is a focus of the government’s Horizon2020 development plan, so hopefully things will improve. In the meantime, jump through the hoops, get yourself a visa and head over to Central Africa’s best-kept secret, before everyone else does.

Equatorial Guinea has fascinated me for years. Like many Europeans, I first read about it in detail following the highly publicised 2004 attempted coup d’état. Prior to this point, I knew of the country only vaguely, in the wider context of Portuguese and Spanish colonialism in Central Africa, as well as through the documented horrors of the Macías regime in the early independence years. In 2013, I was refused a tourist visa to enter Equatorial Guinea during an overland trip from Angola to Cameroon. That same year I read a United Nations’ report that ranked Equatorial Guinea as one of the ten nations least visited by tourists in the world. Having seen the wonders of neighbouring Cameroon and Gabon, I was intrigued: what was this tiny Spanish-speaking country like, and why was it so difficult to get in? After nearly two years and a lot of hard work, I finally have the answers. My aim in writing this guidebook is to equip visitors with the tools required to enter the country and then get around safely and successfully, whether they are a business visitor, a 4×4 overlander, a backpacker on a tight budget, an ecotourist or anything in-between!
Equatorial Guinea is by no means an easy destination, but it is certainly worthwhile. Some of its problems, such as the endemic corruption, are not unique to this country, although they do manifest themselves in some pretty interesting ways given Equatorial Guinea’s tiny size and vast oil wealth. But don’t write it off too quickly or you will be missing out on a remarkable place: the only hispanophone nation on the continent, with a dizzying variety of landscapes and peoples, linked together by some of the best road networks in Africa. Whether you are visiting for the first time or are an expatriate resident of Malabo or Bata, I hope this guide encourages you to head out and explore some of the sights that very few other tourists have had the privilege of seeing.
Back to the top