In the UK, we hang up our stockings and leave mince pies and brandy on the fireplace for Santa on Christmas Eve. But what other festive traditions are there? Here are some of our favourites. 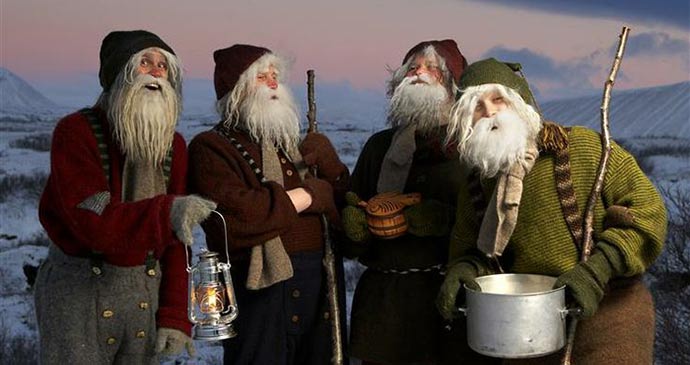 Children place a shoe in the window 13 days before Christmas, hoping for daily visits from the 13 jólasveinar, a band of mischievous ‘Christmas lads’ who are actually descended from trolls and mothered by the evil ogress Grýla. A different lad comes to each home on the nights leading up to Christmas. Each has his own naughty trait. Good children get gifts in their shoes; naughty children get a potato. 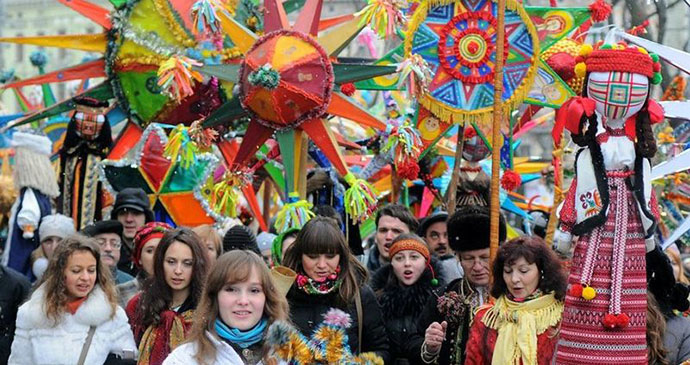 Despite a national pride in all things scientific and factual, a world of superstitions rules the lives of many Ukrainians. During Christmas, for example, an axe is placed outside the door to ward off evil spirits. It is a colourful and mystical holiday, celebrated quite differently from most other Christmases. On Christmas Eve, single youths will travel from house to house singing kolyadki, cheerful Ukrainian carols to wish a good evening and good health to neighbours and friends. Singers will stand beneath the main window of the house, brandishing large sacks, and will continue singing loudly until the window is opened and the homeowner drops Christmas treats into the bags. The practice goes on well into the night. 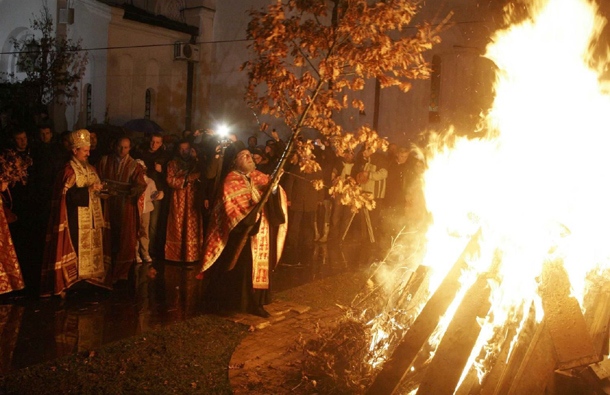 Tradition dictates that early on Christmas Eve morning the head of the family should go to a forest to cut badnjak, a young oak sapling, which is then brought to church to be blessed by a priest. The sapling is then stripped of its branches and burned in the family fireplace. Rather like the burning of a yule log in Britain, this is clearly a ritual that has pagan origins. These days, with many Serbs living in cities at some distance from the nearest forest, the ritual is remembered by the Church dispensing the oaks themselves.

Pig slaughter is a national custom in Romania, particularly in rural areas. Traditionally on St Ignat’s Day (20 December) a pig is killed and the meat is made into sausages, charcuterie and delicious smoked ham for the Christmas table. This might sound cruel, but it is a complex ceremony that has taken place in Romania for centuries. It starts early in the morning with the killing itself, and continues throughout the day with the careful preparation of the meat so that it is ready to be served on Christmas Day. 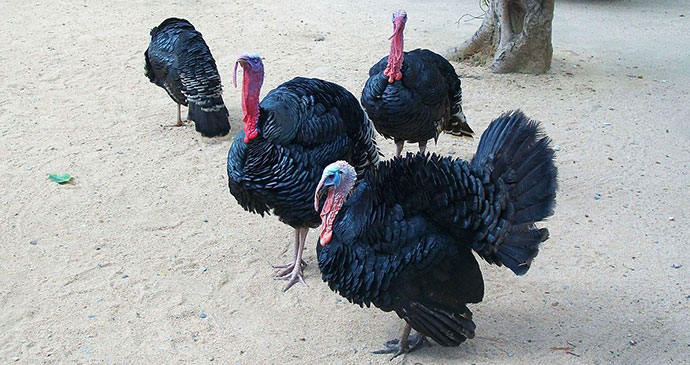 Each year on the last weekend before Christmas, Licques, a small country town in the heart of the Boulogne–Calais–St-Omer triangle, is invaded by turkeys. Knights of the Order of the Turkey don their regalia to parade the fowl they produce through the streets, egged on by the crowds of enthusiastic visitors. There is a regional produce market, a turkey and capon competition and a dinner-dance on the Saturday evening.