The season’s fading light and dipping temperatures might strengthen the lure of weekends spent inside, but the autumn offers some of the year’s finest wildlife-watching experiences. Here, author James Lowen recommends five of his favourite experiences, taken from his 52 Wildlife Weekends book. 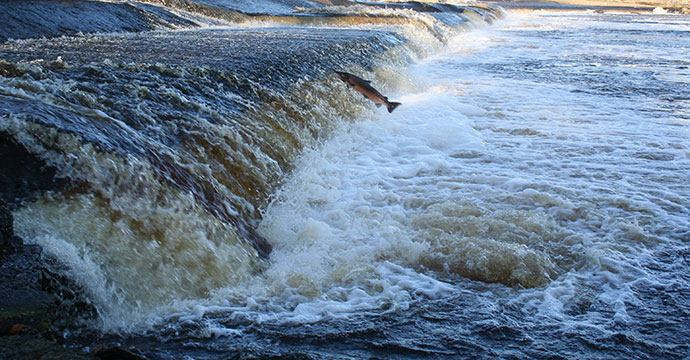 The River Ribble is the place to go to spot leaping salmon © verityjohnson, Shutterstock

The salmon run is the culmination of the one the most remarkable journeys in the natural world. Atlantic salmon, with a flash of silver and a muscular wriggle of the tail, leap up-stream on the River Ribble, heading the to the spot they left four years previously, to spawn and to die. Stainforth Force, north of Settle, is one of the best places to see the spectacle and the upstream rush of salmon usually lasts from mid-October to mid-November. 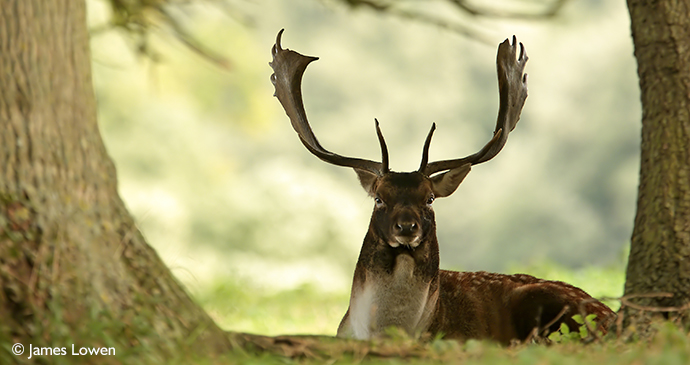 The throaty, far-carrying groan is as primal as a lion’s roar, and its message as unequivocal: “I am here! And here is mine! And she is too!”. The bellow thunders from Britain’s largest land mammal, the red deer stag, and signals the fulcrum of the deer year: the rut. For a month from late September, but peaking in the first half of October, the most visceral competition in Britain’s wildlife calendar is unmissable. Opinion is divided as to where best to gasp at the intensely physical, testosterone-charged duels. Exmoor, the Scottish Highlands, New Forest and ‘deer parks’ such as Richmond Park each have advocates. But Suffolk’s coastal heaths more than hold their own against such competition. Red deer range between the approach to RSPB Minsmere (along Vault Road), northwards across Westleton Walks, through Westleton Heath National Nature Reserve and into Dunwich Forest. 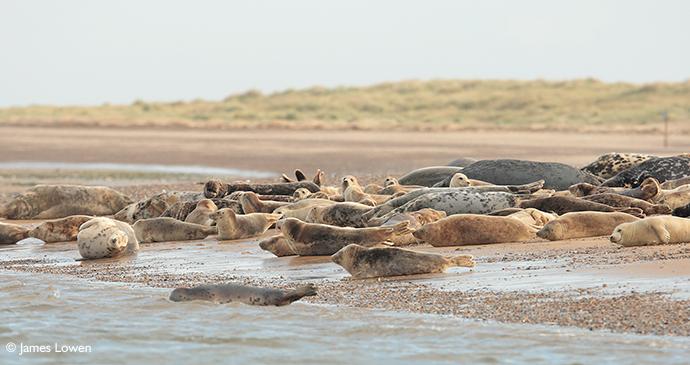 Disproportionately large and endearingly liquid black eyes smoulder atop the creamiest and fluffiest of marine animals. ‘Love me! Don’t leave me!’, the eyes seem to plead. Not 50m distant, individuals of the same species engage in a visceral, hormone-fuelled duel. It is hard to imagine two more contrasting dimensions to a single creature in such proximity. Such is the charming paradox of a grey seal colony. Britain hosts half of the world’s grey seal population and the Donna Rook reserve on the Lincolnshire coast offers the chance to see the second-largest breeding colony, and in November they are at their peak. 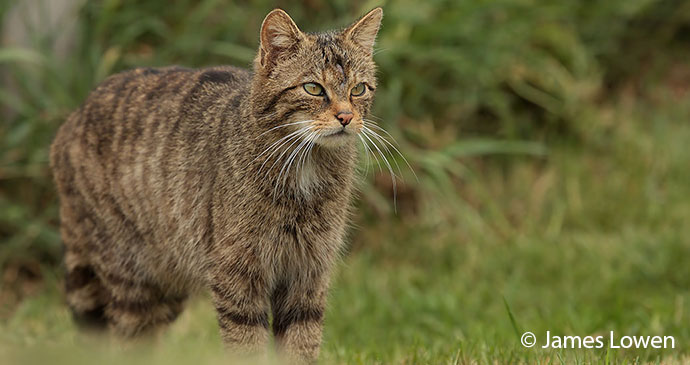 All is quiet. Then… There! In mid-carriageway, a cat! A stocky feline with flared jowls directs a disdainful look your way, then saunters on striped haunches into the roadside and the night beyond. The thick furred, banded and black-tipped tail provides your parting glimpse of a near-mythical and increasing rare beast. Wildcat! The Ardnamurchan Peninsula, an isolated protrusion on Scotland’s west coast is the best place to see Scottish wildcat. In autumn populations of predator and prey should be at their peak making it easier to spot these nocturnal animals. 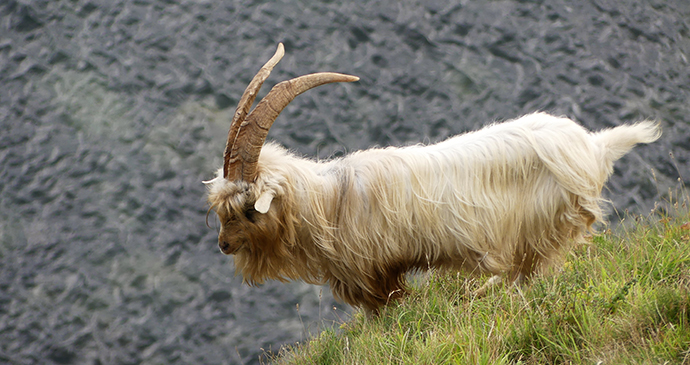 They may have been introduced, but the Kashmir goats of Great Orme feel very wild indeed with their shaggy coats and scythe-shaped horns © ianpreston, Flickr

Orme is most famous for its hundred-strong population of feral goat, resident here for 100 years. Formally named Kashmir goat – the mammalian supplier of cashmere – Orme’s shaggy, white billies are distinct from those in Snowdonia, toting spectacular horns that arc napewards. Goats range across the headland, but, in autumn, often frequent grassy slopes southwest of the country park (nearer the town in a northerly wind). October is rutting season, so you may even encounter some male-on-male aggression.