Some birds stay faithful for life, some have a roving eye – and it was always thought that this varied according to their species. Now researchers have discovered that even within the same species you get different types of behaviour. Just as with humans, some look after their kids and some are too busy elsewhere. What intrigues scientists is what makes one bird’s attitude to its eggs or chicks so different from the next. ‘The classic situation is who (mother or father) should go to the disco and who should provide care for the young,’ says Tamas Szekely, Professor of Biodiversity at the University of Bath, UK. ‘If they both go to the disco then the babies die.’ 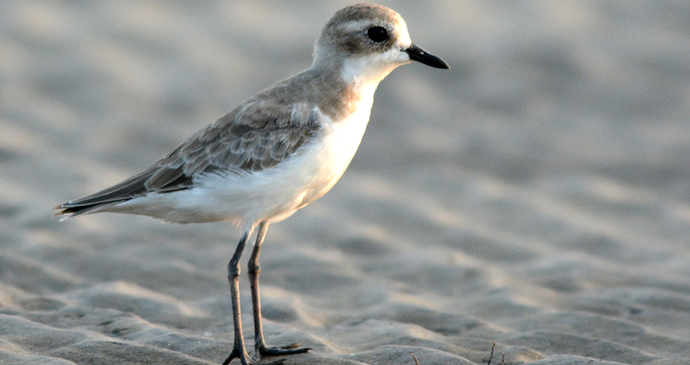 Maio may be the place to answer this question because it is home to the Kentish plover (Charadrius alexandrins), the object of this research. Unlike elsewhere in the world, the Kentish plover stays in Maio all year round. Wander down to the salinas outside the vila and you might find Szekely or one of his students or volunteers manning their mobile hide, documenting behaviour, ringing birds, counting nests and taking genetic samples.

So far, it appears that the birds are remarkably good at varying their behaviour depending on what’s going on around them. In Saudi Arabia, where they lay their eggs in the heat of the desert, it takes two parents to run the show: one to sit on the eggs to keep them cool and the other to fetch food. In less demanding environments like Maio two parents may not be so vital – might this liberate one, and if so is it mum or dad who gets to play around? Even more intriguingly, it looks as if even one individual bird may behave diff erently from one relationship to another. ‘If you are a good mother in one family it doesn’t mean you will be a good mother in a diff erent family,’ says Szekely.

Kentish plovers nest on the ground and start to breed after the annual rains (usually from September onwards). This is when Szekely and his team start their work. In addition to the plovers, the salina harbours breeding populations of cream-coloured courser (Cursorius cursor exsul) and the greater hoopoe lark (Alaemon alaudipes). It also hosts migratory waders and waterbirds and easy sightings could include black-winged stilt (Himantopus himantopus) and sanderling (Calidris alba). The common kestrel (Falco tinniculus) is the island’s most common bird of prey. Protection of the salina is an issue, because both the research and the habitat were briefly threatened by the massive new Salinas construction site right on the edge of the salina. The future of the two seem inextricably interlinked.